by Marcie // March 26, 2018 (updated 8/20/20)
This post may contain affiliate links. I receive a small commission at no cost to you when you make a purchase using our links. Please see my privacy policy for more details. 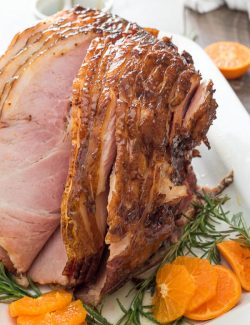 Slow Cooker Maple Glazed Ham is an easy slow cooker ham warmed low and slow with a homemade maple glaze.  It’s so tender, and so much better than Honey Baked Ham! 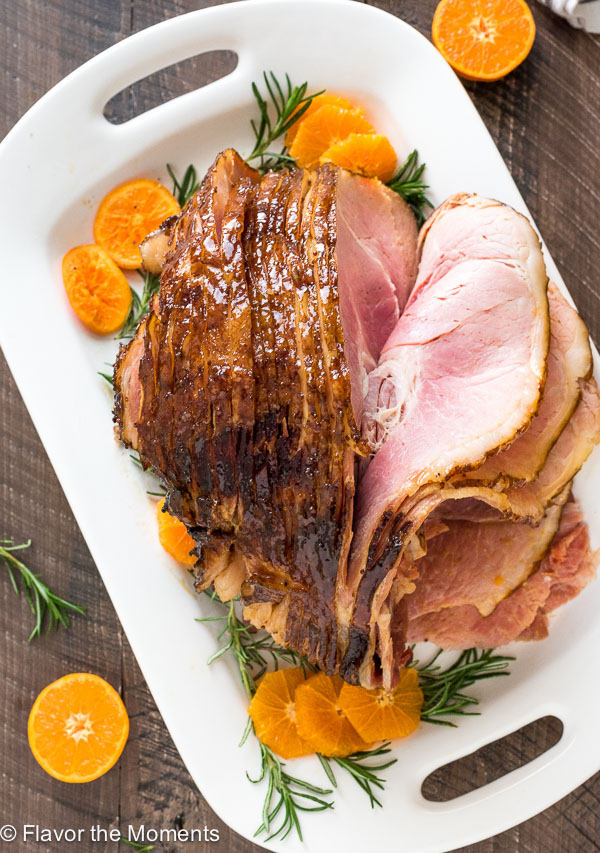 I speak from experience…that line is long.

My family used to always order that ham, but a few years ago we all agreed that we were done with it.  It’s too sweet, it’s overly expensive and I already told you about that line! 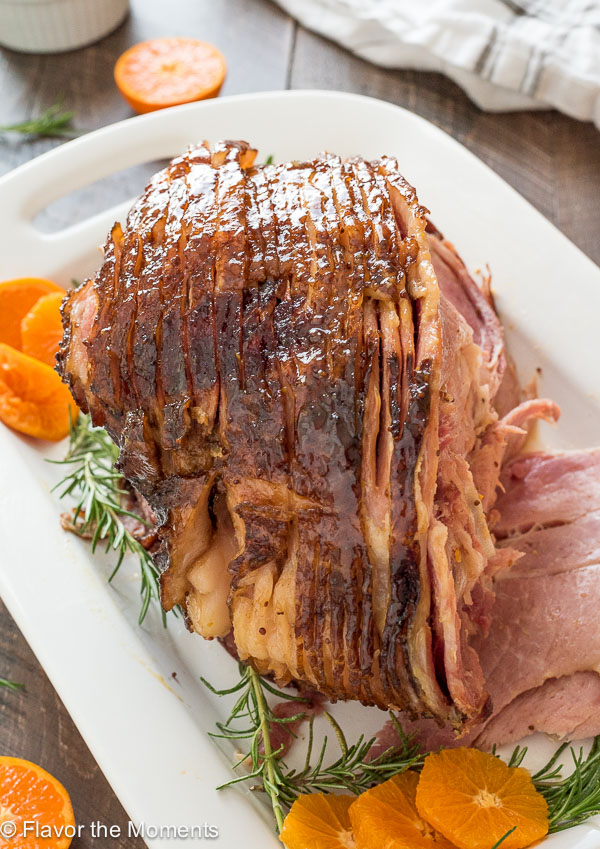 What kind of ham should I use?

For this slow cooker ham, I chose a semi boneless spiral sliced ham from Wellshire Farms that was fully cooked and wood smoked.

I highly recommend this ham — the smoky flavor was amazing with my sweet and savory glaze, and spiral sliced hams are so much easier to slice too! 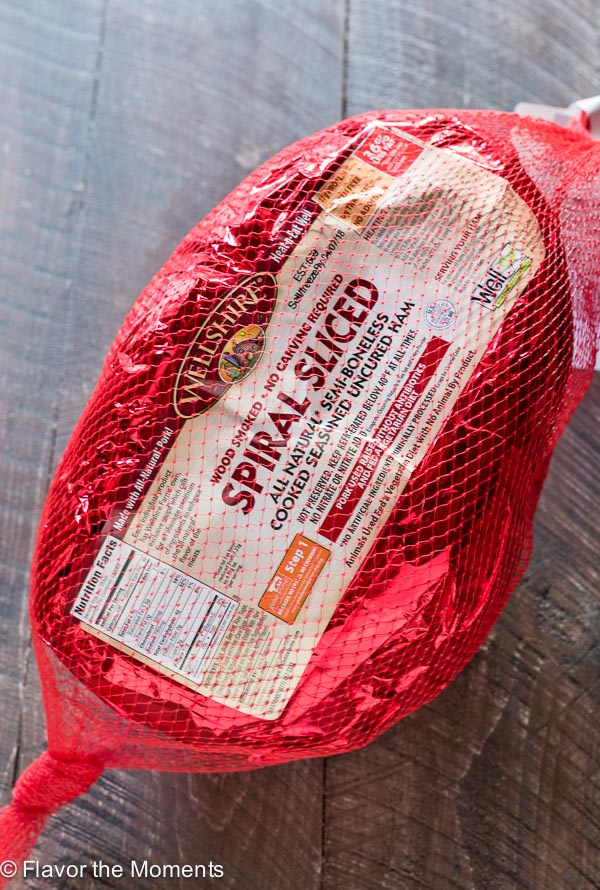 How to make slow cooker ham 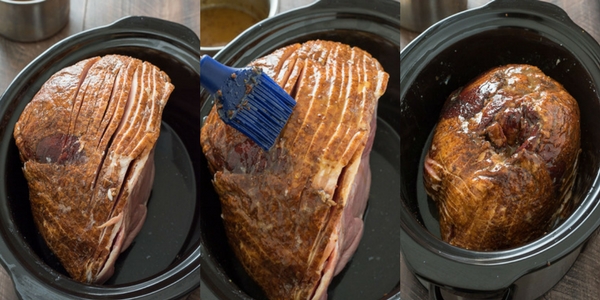 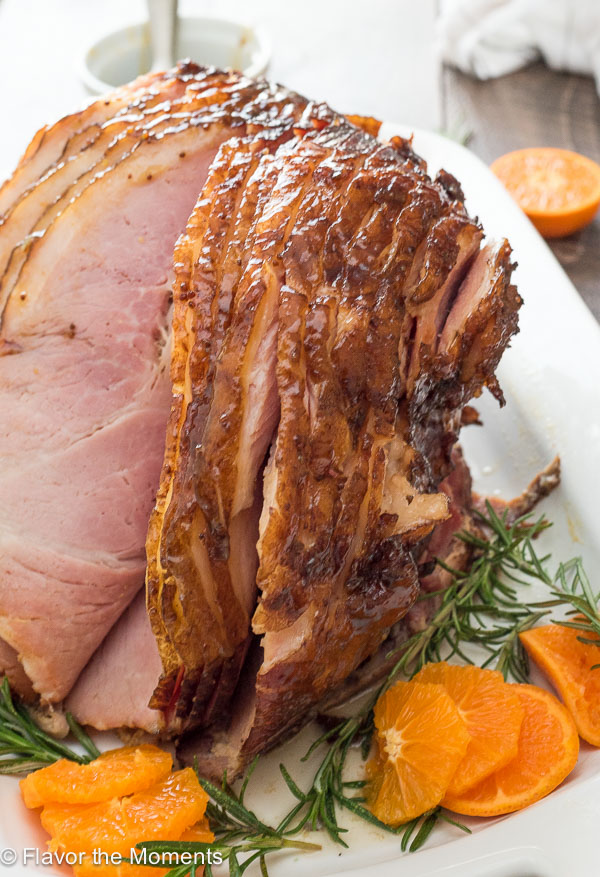 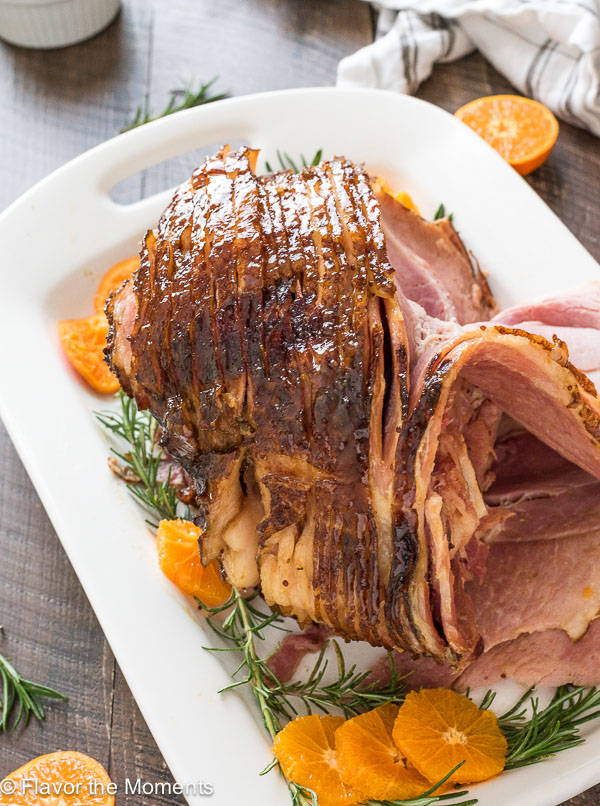 Ways to use leftover ham

What to serve with this recipe 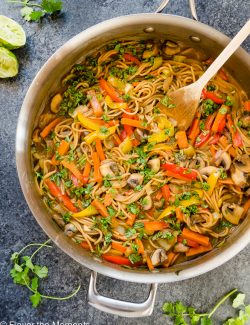 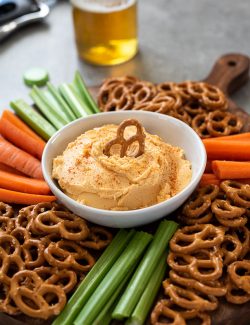